PETER DABROCK (*1964) is Professor of Systematic Theology (Ethics) at the Department of Theology of the Friedrich-Alexander-University Erlangen-Nuremberg since 2010 and was Chairman of the German Ethics Council from 2016 until recently. His research focuses on the ethics of technical and (bio)scientific interference with human life forms (from germ line intervention to AI). He is particularly interested in questions of social justice, human dignity and corporality.
From 2002 to 2008, he was Junior Professor of Bioethics at the Philipps University of Marburg, where he was also Professor of Social Ethics until 2010; he declined a call to the Humboldt University of Berlin in 2015. In addition, he was a member of the Central Ethics Committee of the German Medical Association from 2004 to 2013 and a member of the European Group on Ethics in Science and New Technologies from 2011 to 2016.In 2011, he was ordained pastor (honorary) of the Evangelical Lutheran Church in Bavaria; from 2012-2020 he was a board member of the German Ethics Council. In 2017, he was the first theologian to become a full member of Acatech, the German Academy of Science and Engineering, and in 2022 he was elected to its executive board. In 2021, the Börsenverein des Deutschen Buchhandels appointed him to the Stiftungsrat (‘Foundations Board of Trustees’) of the Friedenspreis des Deutschen Buchhandels (‘Peace Prize of the German Book Trade’). He is co-editor of the “Zeitschrift für Evangelische Ethik” and has published numerous books and articles. 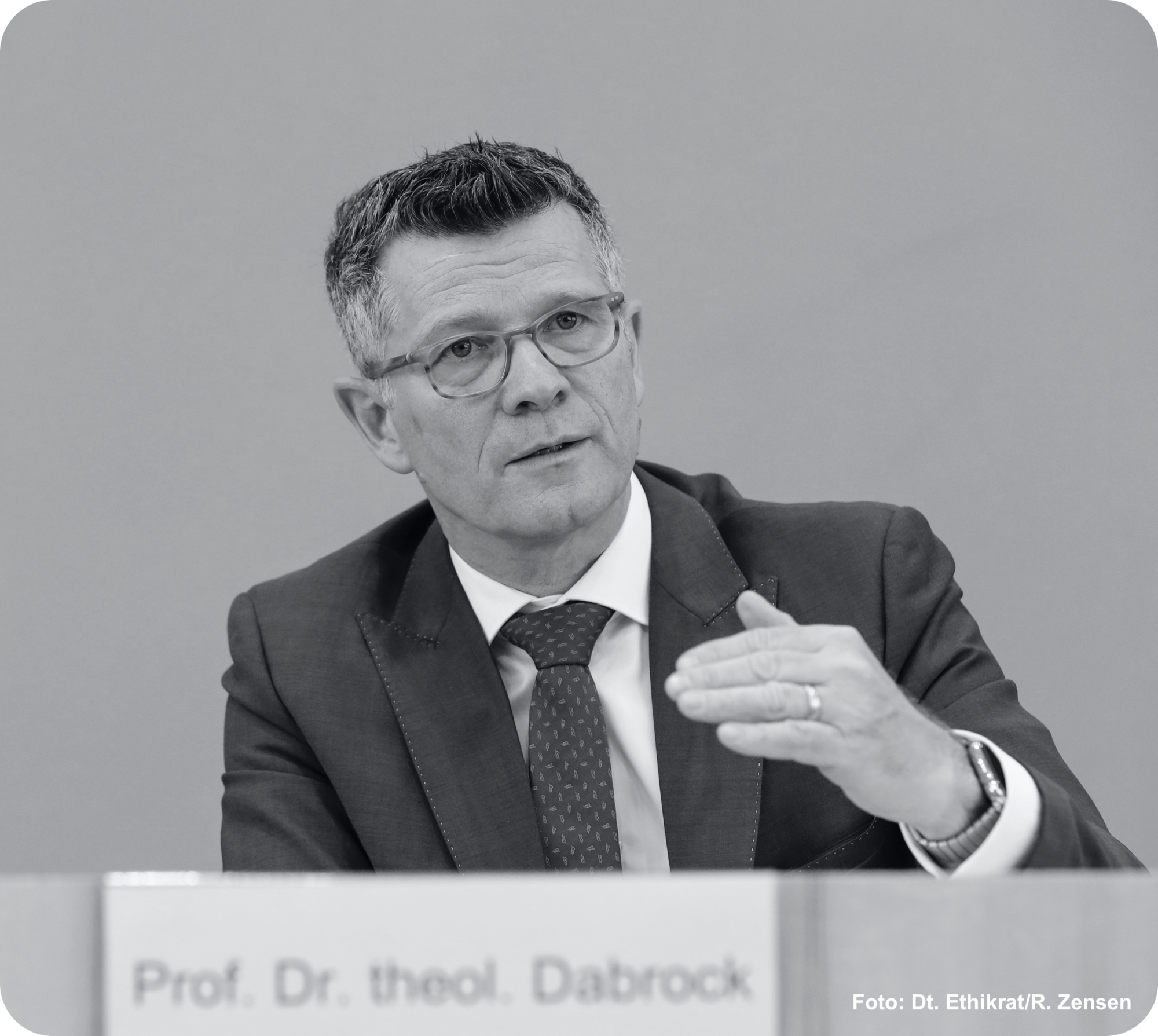